Quality of life in Bologna

Bologna, Italy, is among the leading cities with a speedy internet access. According to our city rankings, this is a good place to live with high ratings in housing, safety and healthcare.

2
244/266
Details
Sign up to get a free city match score based on your personal preferences
</> EmbedFeedback
Sign up for a free Teleport account to personalize city data.Budget your housing and living costs, salaries and jobs.
Get started

Costs of living in Bologna are in the 165th place of all 248 Teleport cities. Sign up for free to get access to our cost of living index and use our international  cost of living calculator to do cost comparison by city.

Software Engineer salaries in Bologna are below average. For this job type, Bologna ranks 198th for salaries among 265 cities. Get access to our salary comparison calculator by signing up. Compare salaries city by city with our free salary wizard and convert your own salary to a local salary in Bologna.

Do locals recommend living in Bologna?

What could Bologna do better?#improveBologna

How could Bologna improve to make it a more liveable city? We will make sure that the local government will know about the suggestions that reach enough votes*.
*Suggestions will be delivered to: Mayor of Bologna - Virginio Merola
Popular|Latest
Status
You can be the first! 😊  Tell us something that can be improved about your city.

What makes Bologna a special place?#praiseBologna

Is Bologna a great place to live? What makes it special for you? What makes it liveable? What should others know about? Why should they move here? Why do you love it?
Popular|Latest
Status
You can be the first! 😊  Tell us something nice about your city.
Feedback

The overall crime rate puts Bologna in position 165 of 266 Teleport Cities in a ranking for the safest cities.

Get more information about visas in Bologna here
Feedback
Sign up for a free Teleport account to personalize city data.Budget your housing and living costs, salaries and jobs.
Get started

Explore the streets of Bologna

Find on Facebook
Find out which of your friends are living in Bologna. Nothing is better than knowing a local 😉
Feedback

Teleport users who are      Bologna 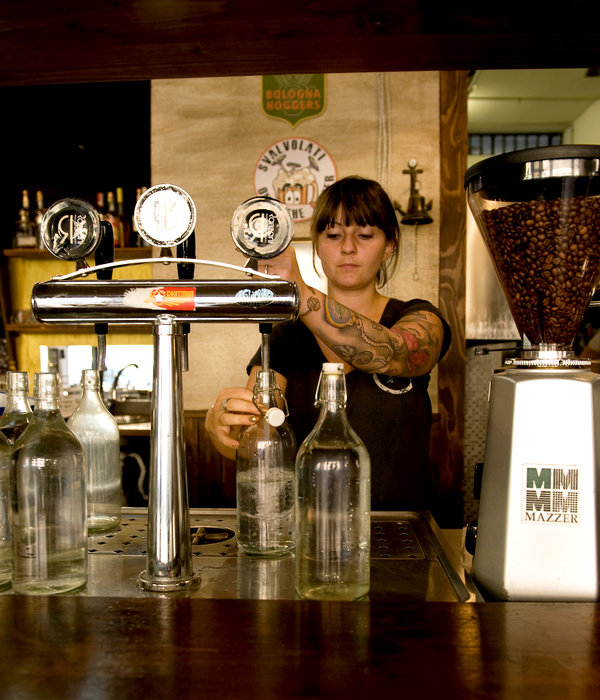 This food-loving city has a wide array of bistros, cafes and markets, along with museums devoted to its history, and, yes, gelato.

On living in Bologna

Bologna is a historical city, with around 380,000 inhabitants. Although it is well known by Italians, it is less so among foreign visitors. Little English is spoken by its residents. It is the capital and largest city of Emilia-Romagna (a region in northern Italy). Bologna is famed for the oldest university in the Western world, lively student population, exquisite food, typical brick terracotta-roofed architecture and porticos, theatre and nightlife.

Bologna is famous for its cuisine (la cucina Bolognese). It is also viewed as a progressive and well-administered city. It is considered second only to Venice in beauty by many Italians and certainly has one of the largest and best preserved historic centers among Italian cities. Its architecture is noted for its palette of terracotta reds, burnt oranges, and warm yellows, hence the name of Bologna la rossa (Bologna the red). The extensive town center, characterized by miles of attractive covered walkways, known as "porticos," is one of the best-preserved in Europe.

Bologna is the seat of the oldest university in continental Europe, founded in 1088. A significant portion of its population consists of away-from-home university students. In common with other Italian university towns, it is in parts marred by excessive graffiti on its historic palaces.