Quality of life in Chattanooga

Chattanooga, Tennessee, is among the top cities with a free business environment. According to our city rankings, this is a good place to live with high ratings in housing, healthcare and environmental quality.

4
194/266
Details
Sign up to get a free city match score based on your personal preferences
</> EmbedFeedback
Sign up for a free Teleport account to personalize city data.Budget your housing and living costs, salaries and jobs.
Get started

Costs of living in Chattanooga are in the 102nd place of all 248 Teleport cities. Sign up for free to get access to our cost of living index and use our international  cost of living calculator to do cost comparison by city.

Software Engineer salaries in Chattanooga are above average. For this job type, Chattanooga ranks 54th for salaries among 265 cities. Get access to our salary comparison calculator by signing up. Compare salaries city by city with our free salary wizard and convert your own salary to a local salary in Chattanooga.

Do locals recommend living in Chattanooga?

What could Chattanooga do better?#improveChattanooga

How could Chattanooga improve to make it a more liveable city? We will make sure that the local government will know about the suggestions that reach enough votes*.
*Suggestions will be delivered to: Mayor of Chattanooga - Andy Berke
Popular|Latest
Status
You can be the first! 😊  Tell us something that can be improved about your city.

What makes Chattanooga a special place?#praiseChattanooga

Is Chattanooga a great place to live? What makes it special for you? What makes it liveable? What should others know about? Why should they move here? Why do you love it?
Popular|Latest
Status
You can be the first! 😊  Tell us something nice about your city.
Feedback

The overall crime rate puts Chattanooga in position 199 of 266 Teleport Cities in a ranking for the safest cities.

Explore the streets of Chattanooga

Find on Facebook
Find out which of your friends are living in Chattanooga. Nothing is better than knowing a local 😉
Feedback

Teleport users who are      Chattanooga 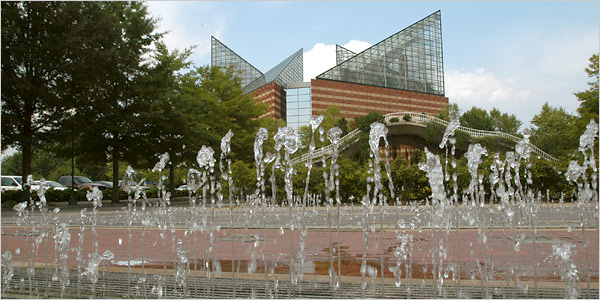 On living in Chattanooga

Chattanooga is the 4th largest city in Tennessee. It is the seat of Hamilton County. It is in Southeast Tennessee on the Tennessee River and near the border of Georgia. It is famous for being immortalized in the popular song Chattanooga Choo Choo, made famous by Glenn Miller.

Chattanooga played an important role during the American Civil War, when it was a major railroad hub and one of the most industrialized parts of the Confederacy along with the nearby city of Atlanta, resulting in Chattanooga and being at the center of numerous pitched battles. Many of the tourist attractions center around Civil War history such as numerous battlefield parks in and around the city. It is less prominent today because of the decline of its famed railroad, immortalized in the popular song Chattanooga Choo Choo, which is also commemorated in numerous tourist attractions and the popular Chattanooga Choo Choo hotel. As of the census of 2000, there are 155,554 people, 65,499 households, and 39,626 families residing in the city. There are 72,108 housing units at an average density of 205.9/km² (533.3/mi²). The racial makeup of the city is 59.71% White, 36.06% African American, 0.29% Native American, 1.54% Asian. 2.11% of the population are Hispanic or Latino of any race.

Despite its economic loss and a small population, the city has become notably modernized, urbanized, and economically revitalized, receiving nationally recognition for the renaissance of its once-dilapidated, post-Industrial downtown and redevelopment of its riverfront. Within the last ten years the city has won three national awards for outstanding "livability", and nine Gunther Blue Ribbon Awards for excellence in housing and consolidated planning. An early cornerstone of this project was the restoration of the historic Walnut Street Bridge, which is now the world's longest pedestrian bridge. Chattanooga is the corporate headquarters and home of Blue Cross & Blue Shield of Tennessee, Rock Creek Outfitters, Krystal, Chattem, Unum, The Chattanooga Bakery (home of the Moon Pie), and Miller Industries, and the largest tow truck manufacturer in the world (Chattanooga is the birthplace of the tow truck, so you'll also find tourist attractions such as the tow truck museum to commemorate this). Chattanooga is also home to the Tennessee Valley Authority, a self-funding government agency which operates numerous power plants in the South. Following the city's industrial decline, many businesses in the banking and insurance industries also set up operations in Chattanooga; the city is home to large branch offices of Cigna, AT&T and UBS.