Quality of life in Cologne

Cologne, Germany, is among the top cities with a free business environment. According to our city rankings, this is a good place to live with high ratings in travel connectivity, safety and healthcare.

5
96/266
Details
Sign up to get a free city match score based on your personal preferences
</> EmbedFeedback
Sign up for a free Teleport account to personalize city data.Budget your housing and living costs, salaries and jobs.
Get started

Costs of living in Köln are in the 137th place of all 248 Teleport cities. Sign up for free to get access to our cost of living index and use our international  cost of living calculator to do cost comparison by city.

Software Engineer salaries in Cologne are below average. For this job type, Cologne ranks 138th for salaries among 265 cities. Get access to our salary comparison calculator by signing up. Compare salaries city by city with our free salary wizard and convert your own salary to a local salary in Cologne.

Do locals recommend living in Cologne?

What could Cologne do better?#improveCologne

How could Cologne improve to make it a more liveable city? We will make sure that the local government will know about the suggestions that reach enough votes*.
*Suggestions will be delivered to: Mayor of Cologne - Henriette Reker
Popular|Latest
Status
You can be the first! 😊  Tell us something that can be improved about your city.

What makes Cologne a special place?#praiseCologne

Is Cologne a great place to live? What makes it special for you? What makes it liveable? What should others know about? Why should they move here? Why do you love it?
Popular|Latest
Status
You can be the first! 😊  Tell us something nice about your city.
Feedback

The overall crime rate puts Cologne in position 176 of 266 Teleport Cities in a ranking for the safest cities.

Required with citizenship of
Get more information about visas in Cologne here
Feedback
Sign up for a free Teleport account to personalize city data.Budget your housing and living costs, salaries and jobs.
Get started

Explore the streets of Cologne

Find on Facebook
Find out which of your friends are living in Cologne. Nothing is better than knowing a local 😉
Feedback

Teleport users who are      Cologne 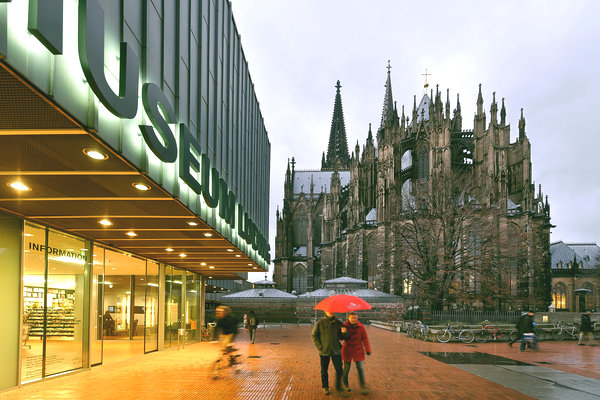 After crossing off bucket-list items like exploring the cathedral and crawling through legendary Kölsch pubs, focus on the city’s new shops, restaurants and hotels.

On living in Cologne

Cologne (German: Köln, Ripuarian: Kölle) is situated on the river Rhein in North Rhine-Westphalia and is the fourth largest city in Germany with around one million residents. It is one of the nation's media, tourism and business hotspots, and is considered one of the most liberal cities in Germany.

Cologne has a rich history reaching as far back as the times of the ancient Roman Empire, when it was founded and remained a constantly inhabited important regional centre since then. Compared to other German and European cities, the ancient and medieval Cologne was relatively large, covering most of the modern-day city centre, and therefore a wealth of architectural heritage can be found across the city ranging from pre-Christian times to strikingly modern buildings, with a high concentration of Romanesque and Gothic architecture, culminating with the magnificent Cathedral (Dom).

Cologne is, however, not only a tourist destination, but on an equal note a major economic centre, a globally important trade fair location, a culture and media hotspot and a major transportation hub. This equal mix of roles and functions is permeable throughout the city and provides it with a constant inflow of various visitors, as well as a very diverse population mix. This all culminates during the traditional Karneval, and makes Cologne one of the most-visited destinations in Germany.