Quality of life in Copenhagen

Copenhagen is a city with a small-town vibe. The city is best explored by bike using one of the world's most developed bike-path system and its countless cafés, bars, and parks are never far away. The high standard of living, easy access to Internet, modern metro system and a thriving business environment attract talent from all over the world.

Copenhagen is one of the top ten city matches for 15.3% of Teleport users.

5
137/266
Details
Sign up to get a free city match score based on your personal preferences
</> EmbedFeedback
Sign up for a free Teleport account to personalize city data.Budget your housing and living costs, salaries and jobs.
Get started

Costs of living in Copenhagen are in the most expensive 10 percent of all 248 Teleport cities. Average living expenses are significantly higher compared to other cities, especially in the housing market. Moving to Copenhagen will very likely increase your daily costs of living. Sign up for free to get access to our cost of living index and use our international  cost of living calculator to do cost comparison by city.

Software Engineer salaries in Copenhagen are above average. For this job type, Copenhagen ranks 70th for salaries among 265 cities. Get access to our salary comparison calculator by signing up. Compare salaries city by city with our free salary wizard and convert your own salary to a local salary in Copenhagen.

Do locals recommend living in Copenhagen?

What could Copenhagen do better?#improveCopenhagen

How could Copenhagen improve to make it a more liveable city? We will make sure that the local government will know about the suggestions that reach enough votes.
Popular|Latest
Status
You can be the first! 😊  Tell us something that can be improved about your city.

What makes Copenhagen a special place?#praiseCopenhagen

Is Copenhagen a great place to live? What makes it special for you? What makes it liveable? What should others know about? Why should they move here? Why do you love it?
Popular|Latest
Status
You can be the first! 😊  Tell us something nice about your city.
Feedback

The overall crime rate puts Copenhagen in position 28 of 266 Teleport Cities in a ranking for the safest cities.

Get more information about visas in Copenhagen here
Feedback
Sign up for a free Teleport account to personalize city data.Budget your housing and living costs, salaries and jobs.
Get started

Explore the streets of Copenhagen

Find on Facebook
Find out which of your friends are living in Copenhagen. Nothing is better than knowing a local 😉
Feedback

Teleport users who are      Copenhagen 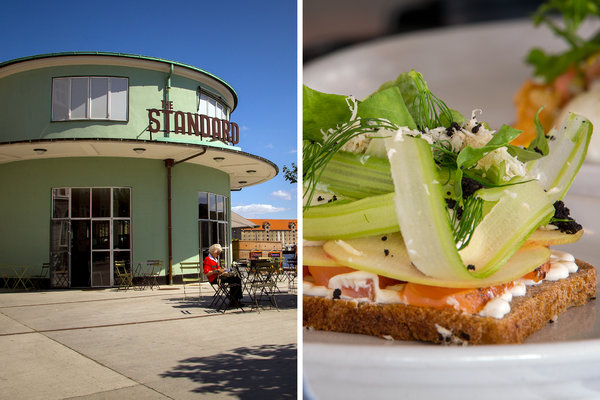 During a weekend in the Danish capital, discover art underground, sample dishes from a former Noma chef and unwind in the city’s green spaces.

On living in Copenhagen

Copenhagen (Danish: København) is the capital city of Denmark and forms the moderate conurbation that one million Danes call home. It is big enough to form a small Danish metropolis, with shopping, culture and nightlife par excellence, yet small enough still to feel intimate and be safe. Although mixed in its urban scene, the city is easy to navigate. Overlooking the Øresund Strait, connected to Sweden by a 15-km bridge-tunnel. Copenhagen serves as a cultural and geographic link between the Nordic countries and central Europe. Copenhagen is where old fairy tales blend with flashy modern architecture and world-class design; where warm jazz mixes with crisp electronica from Copenhagen's basements. You could feel you have seen all of Copenhagen in one day, but further exploration will keep you discovering more for months.

If you had dropped by Copenhagen in the 11th century CE/AD, you would have found yourself looking over a small fishing hamlet, with some lazy cattle gazing back at you while chewing fresh green grass from the meadows around the village. Looking east you would see a host of small islets protecting the small fishing harbour from harsh weather — not the worst place to found a city. If you would rather trust the written word than the archaeologists, the earliest accounts date from the 12th century, when a bearded clerk (or a renowned historian if you will) called Saxo Grammaticus scribbled down a few lines about the place; Portus Mercatorum, he called it, which was really just a fancy Latin version of Købmannahavn. This has since been mangled into København in modern Danish, and even further mangled into Copenhagen in English, but all it really means is "merchant harbour."

Around 1160 CE, King Valdemar handed over control of the city to the archbishop of Roskilde, Absalon, one of the most colourful characters of the Middle Ages — a curious mix of great churchman, statesman, and warrior. As the country's only city not under the king's control, Absalon saw it thrive and erected a castle on what is today Slotsholmen (the remains are still visible in the catacombs under the present day parliament). As a man of religion Absalon also built a great church, and with those necessities taken care of, Copenhagen quickly gained importance as a natural stop between the two most important Danish cities, the old royal capital Roskilde and Lund in present-day Sweden. Endowed with an enviable location on the banks of the important Øresund Strait, it slowly but steadily surpassed the old urban centers. Copenhagen's rise was greatly aided by entrepreneurial trading with friends and foes alike and by prosperous fishing which provided much of Roman Catholic Europe with salted herring for Lent. But with prosperity comes envy and in the years to follow Copenhagen was laid waste and pillaged time and time again, mainly by the members of the German Hanseatic League, which at one point completely destroyed the city.

#CPHFTW – “Copenhagen, For The Win”
#CPHFTW is a non-profit grass root initiative that works to promote and bring together the technology
Founded in Denmark
startup ecosystem of Copenhagen.
Start-up Denmark
Start-up Denmark is an initiative by the Danish Government to help talented entrepreneurs relocate and grow high-impact startups in Denmark.
EU-Startups
EU-Startups.com covers Internet and Mobile startups out of the European Union and the European continent.
Feedback