Quality of life in Dubai

Dubai, United Arab Emirates, is characterized by low taxes. According to our city rankings, this is a good place to live with high ratings in startups, business freedom and safety.

Dubai is one of the top ten city matches for 6.9% of Teleport users.

6
41/266
Details
Sign up to get a free city match score based on your personal preferences
</> EmbedFeedback
Sign up for a free Teleport account to personalize city data.Budget your housing and living costs, salaries and jobs.
Get started

Costs of living in Dubai are in the 144th place of all 248 Teleport cities. Average living expenses are significantly higher compared to other cities, especially in the housing market. Sign up for free to get access to our cost of living index and use our international  cost of living calculator to do cost comparison by city.

Software Engineer salaries in Dubai are above average. For this job type, Dubai ranks 108th for salaries among 265 cities. Get access to our salary comparison calculator by signing up. Compare salaries city by city with our free salary wizard and convert your own salary to a local salary in Dubai.

Do locals recommend living in Dubai?

What could Dubai do better?#improveDubai

How could Dubai improve to make it a more liveable city? We will make sure that the local government will know about the suggestions that reach enough votes.
Popular|Latest
Status
You can be the first! 😊  Tell us something that can be improved about your city.

What makes Dubai a special place?#praiseDubai

Is Dubai a great place to live? What makes it special for you? What makes it liveable? What should others know about? Why should they move here? Why do you love it?
Popular|Latest
Status
You can be the first! 😊  Tell us something nice about your city.
Feedback

The overall crime rate puts Dubai in position 16 of 266 Teleport Cities in a ranking for the safest cities.

Required with citizenship of
Get more information about visas in Dubai here
Feedback
Sign up for a free Teleport account to personalize city data.Budget your housing and living costs, salaries and jobs.
Get started

Explore the streets of Dubai

Find on Facebook
Find out which of your friends are living in Dubai. Nothing is better than knowing a local 😉
Feedback

Teleport users who are      Dubai 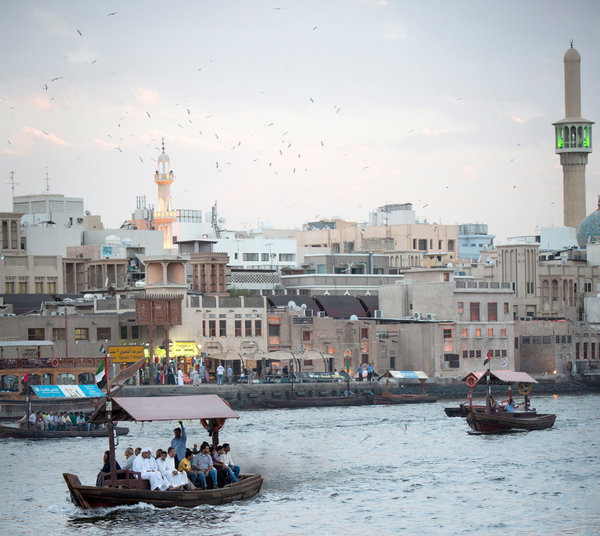 Superlatives notwithstanding, Dubai has an emerging alternative, arty side, with a fast-growing gallery district, indie fashion designers and cool cafes.

On living in Dubai

Dubai (Arabic: دبي‎‎) is a cosmopolitan metropolis and global city on the Arabian Peninsula. One of the ten most popular tourist destinations in the world, it is developing rapidly in tourism and trade. It calls itself one of the more modern and progressive cities in the Middle East, but it has been severely criticized for the mistreatment of workers, especially those whose home countries are on the Subcontinent. Critics investigating the labor situation, including professor Andrew Ross, of New York University, which opened a campus in the UAE in 2014, have been barred from entry by the local authorities. Dubai is sometimes mistakenly thought of as a country, though it is part of the United Arab Emirates.

Dubai is a commercial and cultural hub of the Middle East, it's a global transport hub, and has attracted world attention through many large innovative construction projects and sports events. The city is symbolised by its skyscrapers, including the world's tallest building, Burj Khalifa, in addition to ambitious development projects including man-made islands, world class luxury hotels, and some of the largest and extraordinarily modern shopping malls in the world.