Quality of life in Florence

Florence, Italy, features a wide variety of free time activities. According to our city rankings, this is a good place to live with high ratings in housing, safety and healthcare.

2
242/266
Details
Sign up to get a free city match score based on your personal preferences
</> EmbedFeedback
Sign up for a free Teleport account to personalize city data.Budget your housing and living costs, salaries and jobs.
Get started

Software Engineer salaries in Florence are below average. For this job type, Florence ranks 183rd for salaries among 265 cities. Get access to our salary comparison calculator by signing up. Compare salaries city by city with our free salary wizard and convert your own salary to a local salary in Florence.

Do locals recommend living in Florence?

What could Florence do better?#improveFlorence

How could Florence improve to make it a more liveable city? We will make sure that the local government will know about the suggestions that reach enough votes*.
*Suggestions will be delivered to: Mayor of Florence - Dario Nardella
Popular|Latest
Status
You can be the first! 😊  Tell us something that can be improved about your city.

What makes Florence a special place?#praiseFlorence

Is Florence a great place to live? What makes it special for you? What makes it liveable? What should others know about? Why should they move here? Why do you love it?
Popular|Latest
Status
You can be the first! 😊  Tell us something nice about your city.
Feedback

The overall crime rate puts Florence in position 106 of 266 Teleport Cities in a ranking for the safest cities.

Get more information about visas in Florence here
Feedback
Sign up for a free Teleport account to personalize city data.Budget your housing and living costs, salaries and jobs.
Get started

Explore the streets of Florence

Find on Facebook
Find out which of your friends are living in Florence. Nothing is better than knowing a local 😉
Feedback

Teleport users who are      Florence 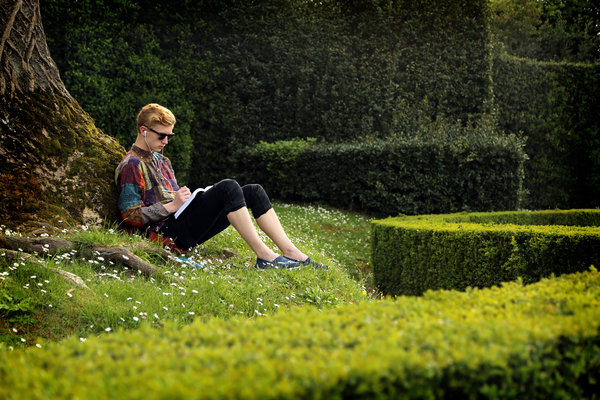 See the skyline without battling crowds, sample pastries from a secret gem, sip artisanal beers and soak up culture during a weekend in the Tuscan capital.

On living in Florence

Florence (Italian: Firenze) is the capital of the region of Tuscany in Italy, with a population of about 366,500. The city is a cultural, artistic and architectural gem. The birthplace of the Italian Renaissance, Florence was the home to powerful families, creative geniuses and scientific masterminds who left their legacies in the city's many museums and art galleries.

Politically, economically, and culturally Florence was the most important city in Europe for around 250 years, from some time before 1300 until the early 1500s.

Florentines reinvented money, in the form of the gold florin. This currency was the engine that drove Europe out of the "Dark Ages", a term invented by Petrarch, a Florentine whose family had been exiled to Arezzo. They financed the development of industry all over Europe, from Britain to Bruges, Lyon and Hungary. They financed the English kings during the Hundred Years' War. They financed the papacy, including the construction of the papal palace in Avignon and the reconstruction of St. Peter's and the Vatican when the papacy returned to Rome from the "Babylonian captivity".

She Comes from Boston
Articles and tips about daily life as an expat in Italy
Girl in Florence
American girls' blog about scooting around Europe & Italy and sharing local spots she loves.
Feedback