Quality of life in Johannesburg

Johannesburg, South Africa, is characterized by reasonably priced housing. This urban area is consistently ahead in cost of living.

3
225/266
Details
Sign up to get a free city match score based on your personal preferences
</> EmbedFeedback
Sign up for a free Teleport account to personalize city data.Budget your housing and living costs, salaries and jobs.
Get started

Software Engineer salaries in Johannesburg are below average. For this job type, Johannesburg ranks 162nd for salaries among 265 cities. Get access to our salary comparison calculator by signing up. Compare salaries city by city with our free salary wizard and convert your own salary to a local salary in Johannesburg.

Do locals recommend living in Johannesburg?

How could Johannesburg improve to make it a more liveable city? We will make sure that the local government will know about the suggestions that reach enough votes*.
*Suggestions will be delivered to: Mayor of Johannesburg - Herman Mashaba
Popular|Latest
Status
You can be the first! 😊  Tell us something that can be improved about your city.

Is Johannesburg a great place to live? What makes it special for you? What makes it liveable? What should others know about? Why should they move here? Why do you love it?
Popular|Latest
Status
You can be the first! 😊  Tell us something nice about your city.
Feedback

The overall crime rate puts Johannesburg in position 261 of 266 Teleport Cities in a ranking for the safest cities.

Required with citizenship of
Get more information about visas in Johannesburg here
Feedback
Sign up for a free Teleport account to personalize city data.Budget your housing and living costs, salaries and jobs.
Get started

Explore the streets of Johannesburg

Find on Facebook
Find out which of your friends are living in Johannesburg. Nothing is better than knowing a local 😉
Feedback

Teleport users who are      Johannesburg 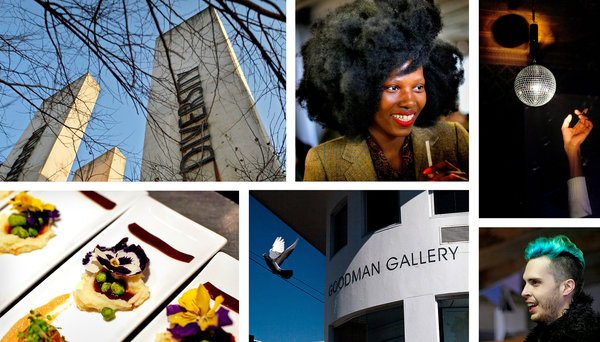 In a city that offers a window into South Africa’s past, Johannesburgers are working to create a vibrant future.

On living in Johannesburg

Johannesburg (in spoken language also referred to as Joburg, Egoli or Jozi ) is a large metropolis and is South Africa's largest city.

Johannesburg is split into eight administrative regions. These exclude the city of Ekurhuleni which traditionally was considered part of Johannesburg but has been split for administrative purposes. Although this list is not exhaustive, the main areas in Joburg are:

Johannesburg has a population of almost 1 million people in the city, and 4.4 million people in the urban area (2011), half of which live in Soweto and adjacent suburbs. The majority of the population is formed by South Africa's black residents who mostly live in Soweto, while white residents amount to 500,000 (although the number is likely to be higher). There are also around 300,000 residents of other descent. Unlike other South African cities, no language group dominates, although English is the established lingua franca.