Quality of life in Lima

Lima, Peru, is characterized by reasonably priced housing. Our data reflects that this city has a good ranking in cost of living and leisure & culture.

5
76/266
Details
Sign up to get a free city match score based on your personal preferences
</> EmbedFeedback
Sign up for a free Teleport account to personalize city data.Budget your housing and living costs, salaries and jobs.
Get started

Costs of living in Lima are in the least expensive 20 percent of all 248 Teleport cities. Moving to Lima will very likely decrease your daily costs of living. Sign up for free to get access to our cost of living index and use our international  cost of living calculator to do cost comparison by city.

Software Engineer salaries in Lima are below average. For this job type, Lima ranks 204th for salaries among 265 cities. Get access to our salary comparison calculator by signing up. Compare salaries city by city with our free salary wizard and convert your own salary to a local salary in Lima.

Do locals recommend living in Lima?

What could Lima do better?#improveLima

How could Lima improve to make it a more liveable city? We will make sure that the local government will know about the suggestions that reach enough votes*.
*Suggestions will be delivered to: Mayor of Lima - Luis Castañeda Lossio
Popular|Latest
Status
You can be the first! 😊  Tell us something that can be improved about your city.

What makes Lima a special place?#praiseLima

Is Lima a great place to live? What makes it special for you? What makes it liveable? What should others know about? Why should they move here? Why do you love it?
Popular|Latest
Status
You can be the first! 😊  Tell us something nice about your city.
Feedback

The overall crime rate puts Lima in position 254 of 266 Teleport Cities in a ranking for the safest cities.

Required with citizenship of
Get more information about visas in Lima here
Feedback
Sign up for a free Teleport account to personalize city data.Budget your housing and living costs, salaries and jobs.
Get started

Explore the streets of Lima

Find on Facebook
Find out which of your friends are living in Lima. Nothing is better than knowing a local 😉
Feedback

Teleport users who are      Lima 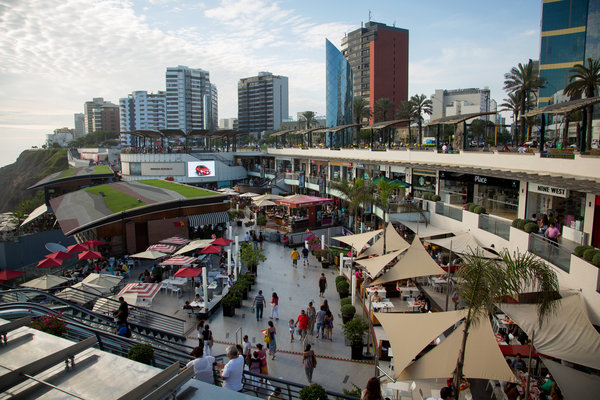 Lima’s attractions include a rich pre-Columbian heritage, ethnic diversity, and emerging art and fashion scenes, along with remarkably great food.

On living in Lima

Lima is the capital of Peru and its largest city.

Founded in 1535 by the Spanish conquistador Francisco Pizarro, the modern city is a curious mix of the modern mega city with some 'islands of modernity', large but orderly slum areas and colonial architecture in the city center. Lima was the seat of Spanish rule for 300 years, and as such it has wonderful churches, cloisters and monasteries.

Lima is the best place to try Peruvian cuisine, which has a huge variety of ingredients from the coast, mountain and Amazon regions. The cold sea current that passes Peru's long coast makes the sea very rich in fish and seafood.