Quality of life in Los Angeles

Los Angeles is a sprawling city of 500 square miles and the heart of a metropolitan area with 18 million residents. It is a fabled California region, home to Hollywood and America's entertainment industry with year-round sunshine, world-famous beaches, and an intense car culture. The "City of Angels" is a magnet to people from around the world and a uniquely exciting environment.

Los Angeles is one of the top ten city matches for 11.5% of Teleport users.

7
14/266
Details
Sign up to get a free city match score based on your personal preferences
</> EmbedFeedback
Sign up for a free Teleport account to personalize city data.Budget your housing and living costs, salaries and jobs.
Get started

Costs of living in Los Angeles are in the most expensive 20 percent of all 248 Teleport cities. Average living expenses are significantly higher compared to other cities, especially in the housing market. Moving to Los Angeles will very likely increase your daily costs of living. Sign up for free to get access to our cost of living index and use our international  cost of living calculator to do cost comparison by city.

Software Engineer salaries in Los Angeles are very high. For this job type, Los Angeles ranks 10th for salaries among 265 cities. Get access to our salary comparison calculator by signing up. Compare salaries city by city with our free salary wizard and convert your own salary to a local salary in Los Angeles.

What could Los Angeles do better?#improveLosAngeles

How could Los Angeles improve to make it a more liveable city? We will make sure that the local government will know about the suggestions that reach enough votes*.
*Suggestions will be delivered to: Mayor of Los Angeles - Eric Garcetti
Popular|Latest
Status
You can be the first! 😊  Tell us something that can be improved about your city.

Is Los Angeles a great place to live? What makes it special for you? What makes it liveable? What should others know about? Why should they move here? Why do you love it?
Popular|Latest
Status
You can be the first! 😊  Tell us something nice about your city.
Feedback

The overall crime rate puts Los Angeles in position 186 of 266 Teleport Cities in a ranking for the safest cities.

Explore the streets of Los Angeles

Find on Facebook
Find out which of your friends are living in Los Angeles. Nothing is better than knowing a local 😉
Feedback

Teleport users who are      Los Angeles

A video by Vadim Tereshchenko 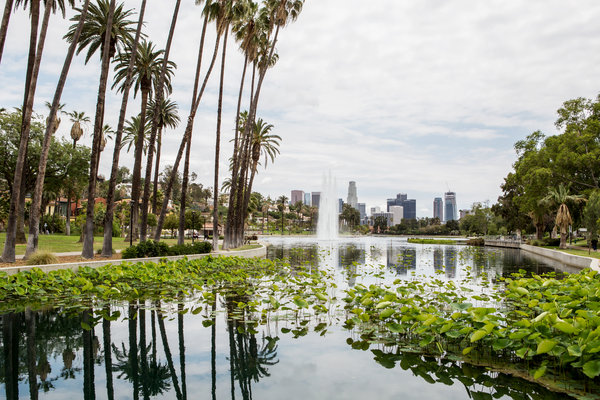 On living in Los Angeles

Frank Lloyd Wright is said to have quipped, "Tip the world over on its side and everything loose will land in Los Angeles," a quote that has since been repeated both by those who love and hate L.A. The "City of Angels" is a city of sharp contrasts, home to people who hail from all parts of the globe and an important center of culture, business, media, and international trade. However, it's most famous for being a major center of the world's television, motion picture, and music industry, which forms the base of the city's status and lures visitors for its show business history and celebrity culture. Visitors are also drawn to Los Angeles for its Mediterranean climate and numerous beaches, which gave birth to California's famed surf culture.

California's most populous city and the second most populous city in the United States (after New York City), Los Angeles is spread across a broad basin in Southern California surrounded by vast forested mountain ranges, valleys, the Pacific Ocean, and nearby desert. Los Angeles sits at the heart of a metropolitan area of over 18 million people that spreads across Los Angeles County, Orange County, Ventura County, and the Inland Empire region of San Bernardino County and Riverside County.

For travel purposes, this guide covers the entirety of Los Angeles County, a region of nearly 5,000 square miles in Southern California (roughly the same size as Rhode Island). There are 88 cities (municipalities) in the county; the largest, the city of Los Angeles, spreads throughout the county from the Port of Los Angeles to the San Fernando Valley.

Built in Los Angeles
LA's hub for startups and tech.
I'm moving to LA
Tips and Advice about Moving to Los Angeles
Feedback