Quality of life in Milan

Milan, Italy, features a wide variety of free time activities. According to our city rankings, this is a good place to live with high ratings in travel connectivity, safety and healthcare.

Milan is one of the top ten city matches for 0.1% of Teleport users.

6
57/266
Details
Sign up to get a free city match score based on your personal preferences
</> EmbedFeedback
Sign up for a free Teleport account to personalize city data.Budget your housing and living costs, salaries and jobs.
Get started

Costs of living in Milan are in the 197th place of all 248 Teleport cities and the second most expensive in Italy. Moving to Milan will very likely increase your daily costs of living. Sign up for free to get access to our cost of living index and use our international  cost of living calculator to do cost comparison by city.

Software Engineer salaries in Milan are below average. For this job type, Milan ranks 191st for salaries among 265 cities. Get access to our salary comparison calculator by signing up. Compare salaries city by city with our free salary wizard and convert your own salary to a local salary in Milan.

Do locals recommend living in Milan?

What could Milan do better?#improveMilan

How could Milan improve to make it a more liveable city? We will make sure that the local government will know about the suggestions that reach enough votes*.
*Suggestions will be delivered to: Mayor of Milan - Giuseppe Sala
Popular|Latest
Status
You can be the first! 😊  Tell us something that can be improved about your city.

What makes Milan a special place?#praiseMilan

Is Milan a great place to live? What makes it special for you? What makes it liveable? What should others know about? Why should they move here? Why do you love it?
Popular|Latest
Status
You can be the first! 😊  Tell us something nice about your city.
Feedback

The overall crime rate puts Milan in position 160 of 266 Teleport Cities in a ranking for the safest cities.

Get more information about visas in Milan here
Feedback
Sign up for a free Teleport account to personalize city data.Budget your housing and living costs, salaries and jobs.
Get started

Explore the streets of Milan

Find on Facebook
Find out which of your friends are living in Milan. Nothing is better than knowing a local 😉
Feedback

Teleport users who are      Milan 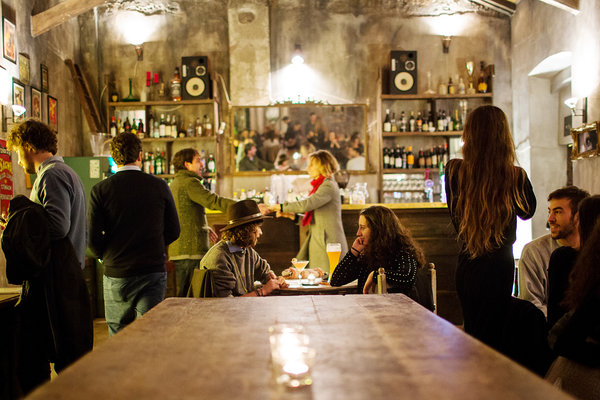 The new energy coursing through the city can be enjoyed even before this year’s World Expo.

On living in Milan

Milan (Italian: Milano; Milanese: Milan) is financially the most important city in Italy, and home to the Borsa Italiana stock exchange. It is the second most populous city proper in the country, but sits at the centre of Italy's largest urban and metropolitan area. While not considered as beautiful as some Italian cities, having been greatly destroyed by Second World War bomb raids, the city has rebuilt itself into a thriving cosmopolitan business capital. In essence, for a tourist, what makes Milan interesting compared to other places is that the city is truly more about the lifestyle of enjoying worldly pleasures: a paradise for shopping, football, opera, and nightlife. Milan remains the marketplace for Italian fashion – fashion aficionados, supermodels and international paparazzi descend upon the city twice a year for its spring and autumn fairs.

Milan is famous for its wealth of historical and modern sights - the Duomo, one of the biggest and grandest Gothic cathedrals in the world, La Scala, one of the best established opera houses in the world, the Galleria Vittorio Emanuele, an ancient and glamorous arcaded shopping gallery, the Brera art gallery, with some of the finest artistic works in Europe, the Pirelli tower, a majestic example of 1960s modernist Italian architecture, the San Siro, a huge and famed stadium, or the Castello Sforzesco, a grand medieval castle. So, one has their fair share of old and new monuments. Plus, it contains one of the world's most famous paintings - Leonardo da Vinci's The Last Supper.

If Rome represents the "old" Italy, Milan represents the "new" Italy. These differences between Rome and Milan are evident from several proverbs, such as an Italian saying about the differences of the two cities which roughly translates, "Rome is a voluptuous woman whose gifts are very apparent, while Milan is the shy, demure girl whose treasures are plentiful, but discovered in time." Milan is the most modern of all Italian cities, yet it still keeps most of its past history intact.