Quality of life in New Orleans

New Orleans, Louisiana, is among the top cities with a free business environment. Our data reflects that this city has a good ranking in healthcare and leisure & culture.

1
260/266
Details
Sign up to get a free city match score based on your personal preferences
</> EmbedFeedback
Sign up for a free Teleport account to personalize city data.Budget your housing and living costs, salaries and jobs.
Get started

Costs of living in New Orleans are in the 184th place of all 248 Teleport cities. Average living expenses are significantly higher compared to other cities, especially in the housing market. Moving to New Orleans will very likely increase your daily costs of living. Sign up for free to get access to our cost of living index and use our international  cost of living calculator to do cost comparison by city.

Software Engineer salaries in New Orleans are high. For this job type, New Orleans ranks 39th for salaries among 265 cities. Get access to our salary comparison calculator by signing up. Compare salaries city by city with our free salary wizard and convert your own salary to a local salary in New Orleans.

What could New Orleans do better?#improveNewOrleans

How could New Orleans improve to make it a more liveable city? We will make sure that the local government will know about the suggestions that reach enough votes*.
*Suggestions will be delivered to: Mayor of New Orleans - Mitch Landrieu
Popular|Latest
Status
You can be the first! 😊  Tell us something that can be improved about your city.

Is New Orleans a great place to live? What makes it special for you? What makes it liveable? What should others know about? Why should they move here? Why do you love it?
Popular|Latest
Status
You can be the first! 😊  Tell us something nice about your city.
Feedback

Change in the last 5 months

The overall crime rate puts New Orleans in position 248 of 266 Teleport Cities in a ranking for the safest cities.

Explore the streets of New Orleans

Find on Facebook
Find out which of your friends are living in New Orleans. Nothing is better than knowing a local 😉
Feedback

Teleport users who are      New Orleans 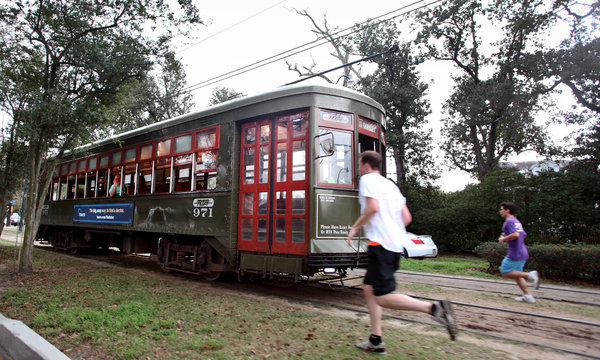 The days leading up to Mardi Gras, Feb. 21 this year, fuse into one long celebration, as the city begins to fill up with floats, and anticipation rules.

On living in New Orleans

Way down yonder in New Orleans, you'll find the roots of jazz and a blossoming culture that is unlike anything else on Earth. Here, the laid-back atmosphere of the riverfront South has mixed with French sophistication, Spanish style, and African-American energy to create something greater than the sum of its parts. Though hit hard by Katrina, "Nawlins" remains the largest city in Louisiana and one of the top tourist destinations in the United States.

"Laissez les bons temps rouler" is what they say here in the Big Easy, and you too can "let the good times roll" with a cool stroll down Bourbon Street, a hot Dixieland band, and even hotter Creole cuisine. Mardi Gras may be the city's calling card, but that's just one day out of the hot and muggy year in New Orleans.