Quality of life in New York

The New York metropolitan area is one of the most populated cities in the world. New York City itself is an international center for numerous industries including finance, theater, television, film, arts, and technology. It is also home to an astonishing 37% of foreign-born residents. Costs are high, but so are the energy levels and ambitious spirit. Whether you're visiting or planning to move, the "Big Apple" has something to offer for everyone.

New York is one of the top ten city matches for 13.9% of Teleport users.

6
47/266
Details
Sign up to get a free city match score based on your personal preferences
</> EmbedFeedback
Sign up for a free Teleport account to personalize city data.Budget your housing and living costs, salaries and jobs.
Get started

Costs of living in New York City are in the most expensive 10 percent of all 248 Teleport cities and the 7th most expensive in the United States. Average living expenses are significantly higher compared to other cities, especially in the housing market. Moving to New York City will very likely increase your daily costs of living. Sign up for free to get access to our cost of living index and use our international  cost of living calculator to do cost comparison by city.

Software Engineer salaries in New York are very high. For this job type, New York ranks 8th for salaries among 265 cities. Get access to our salary comparison calculator by signing up. Compare salaries city by city with our free salary wizard and convert your own salary to a local salary in New York.

What could New York do better?#improveNewYork

How could New York improve to make it a more liveable city? We will make sure that the local government will know about the suggestions that reach enough votes*.
*Suggestions will be delivered to: Mayor of New York - Bill de Blasio
Popular|Latest
Status
You can be the first! 😊  Tell us something that can be improved about your city.

Is New York a great place to live? What makes it special for you? What makes it liveable? What should others know about? Why should they move here? Why do you love it?
Popular|Latest
Status
You can be the first! 😊  Tell us something nice about your city.
Feedback

The overall crime rate puts New York in position 151 of 266 Teleport Cities in a ranking for the safest cities.

Explore the streets of New York

Find on Facebook
Find out which of your friends are living in New York. Nothing is better than knowing a local 😉
Feedback

Teleport users who are      New York

A video by Blue Eden 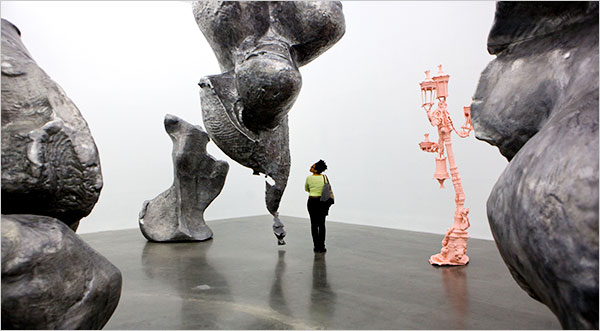 In the last year, the city has opened a hot new park and Lincoln Center celebrated its 50th anniversary with a major face-lift.

On living in New York

The City of New York, often called New York City (NYC) or simply New York, is the most populous city in the United States. With an estimated 2017 population of 8,622,698 distributed over a land area of about 302.6 square miles (784 km2), New York City is also the most densely populated major city in the United States. Located at the southern tip of the state of New York, the city is the center of the New York metropolitan area, the largest metropolitan area in the world by urban landmass and one of the world's most populous megacities, with an estimated 20,320,876 people in its 2017 Metropolitan Statistical Area and 23,876,155 residents in its Combined Statistical Area. A global power city, New York City has been described as the cultural, financial, and media capital of the world, and exerts a significant impact upon commerce, entertainment, research, technology, education, politics, tourism, and sports. The city's fast pace defines the term New York minute. Home to the headquarters of the United Nations, New York is an important center for international diplomacy.

Situated on one of the world's largest natural harbors, New York City consists of five boroughs, each of which is a separate county of the State of New York. The five boroughs – Brooklyn, Queens, Manhattan, The Bronx, and Staten Island – were consolidated into a single city in 1898. The city and its metropolitan area constitute the premier gateway for legal immigration to the United States. As many as 800 languages are spoken in New York, making it the most linguistically diverse city in the world. New York City is home to more than 3.2 million residents born outside the United States, the largest foreign-born population of any city in the world. In 2013, the tri-state New York Metropolitan Statistical Area (MSA) produced a gross metropolitan product (GMP) of nearly US$1.4 trillion. If greater New York City were a sovereign state, it would have the 12th highest GDP in the world.

New York City traces its origins to a trading post founded by colonists from the Dutch Republic in 1624 on Lower Manhattan; the post was named New Amsterdam in 1626. The city and its surroundings came under English control in 1664 and were renamed New York after King Charles II of England granted the lands to his brother, the Duke of York. New York served as the capital of the United States from 1785 until 1790. It has been the country's largest city since 1790. The Statue of Liberty greeted millions of immigrants as they came to the Americas by ship in the late 19th and early 20th centuries and is a world symbol of the United States and its ideals of liberty and peace. In the 21st century, New York has emerged as a global node of creativity and entrepreneurship, social tolerance, and environmental sustainability, and as a symbol of freedom and cultural diversity.