San Francisco Bay Area, California, is among the leading cities with a higher number of accelerators or available funding. According to our city rankings, this is a good place to live with high ratings in startups, business freedom and healthcare.

San Francisco Bay Area is one of the top ten city matches for 6.9% of Teleport users.

7
12/266
Details
Sign up to get a free city match score based on your personal preferences
</> EmbedFeedback
Sign up for a free Teleport account to personalize city data.Budget your housing and living costs, salaries and jobs.
Get started

Costs of living in San Francisco are in the most expensive 10 percent of all 248 Teleport cities and the 8th most expensive in the United States. Average living expenses are significantly higher compared to other cities, especially in the housing market. Moving to San Francisco will very likely increase your daily costs of living. Sign up for free to get access to our cost of living index and use our international  cost of living calculator to do cost comparison by city.

What could San Francisco Bay Area do better?#improveSanFranciscoBayArea

How could San Francisco Bay Area improve to make it a more liveable city? We will make sure that the local government will know about the suggestions that reach enough votes*.
*Suggestions will be delivered to: Mayor of San Francisco Bay Area - Ed Lee
Popular|Latest
Status
You can be the first! 😊  Tell us something that can be improved about your city.

Is San Francisco Bay Area a great place to live? What makes it special for you? What makes it liveable? What should others know about? Why should they move here? Why do you love it?
Popular|Latest
Status
You can be the first! 😊  Tell us something nice about your city.
Feedback

The overall crime rate puts San Francisco Bay Area in position 185 of 266 Teleport Cities in a ranking for the safest cities.

Find on Facebook
Find out which of your friends are living in San Francisco Bay Area. Nothing is better than knowing a local 😉
Feedback 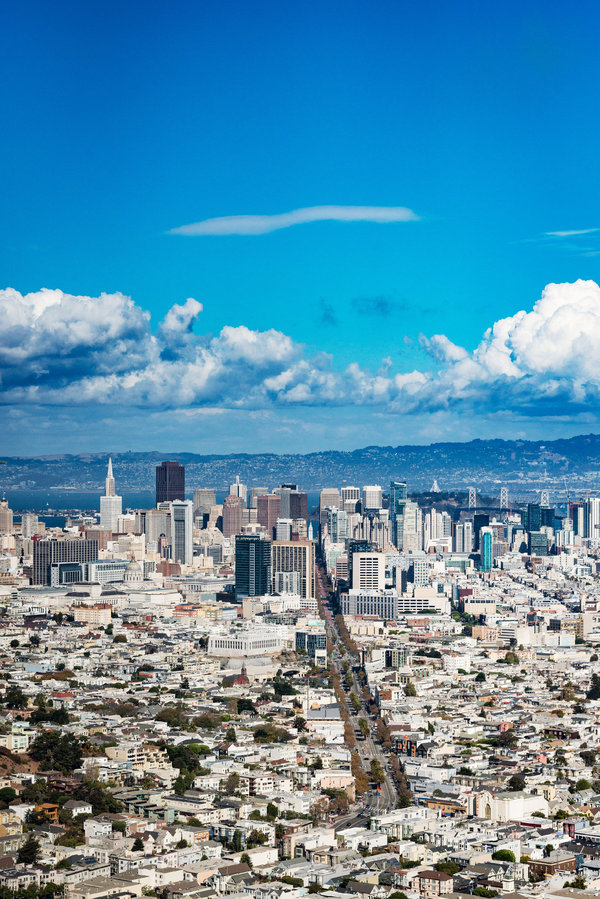 Have a picnic at the updated Dolores Park, take in the Mission’s murals with a docent and relax with a burger by the bay.

The San Francisco Bay Area (popularly referred to as the Bay Area) is a populous region surrounding the San Francisco, San Pablo and Suisun estuaries in the northern part of the U.S. state, California. Although the exact boundaries of the region vary depending on the source, the Bay Area is generally accepted to include the nine counties that border the aforementioned estuaries: Alameda, Contra Costa, Marin, Napa, San Francisco, San Mateo, Santa Clara, Solano, and Sonoma. Other sources may exclude parts of or even entire counties, or include neighboring counties such as San Benito, San Joaquin, and Santa Cruz.

Home to approximately 7.68 million people, Northern California’s nine-county Bay Area contains many cities, towns, airports, and associated regional, state, and national parks, connected by a complex multimodal transportation network. The larger combined statistical area of the region, which includes twelve counties, is the second-largest in California (after the Greater Los Angeles area), the fifth-largest in the United States, and the 41st-largest urban area in the world with 8.75 million people. The Bay Area's population is ethnically diverse: for example, roughly half of the region's residents are Hispanic, Asian, African American, or Pacific Islander, all of whom have a significant presence throughout the region.

The earliest archaeological evidence of human settlements in the Bay Area dates back to 3000 BC. In 1769, the Bay Area was inhabited by the Ohlone people when a Spanish exploration party led by Gaspar de Portolà entered the Bay – the first documented European visit to the Bay Area. After Mexico established independence from Spain in 1821, the region was briefly controlled by the Mexican government until the United States seized the territory in 1846 during the Mexican–American War. Soon after, discovery of gold in California attracted a flood of treasure seekers, many using ports in the Bay Area as an entry point. During the early years of California's statehood, state legislative business rotated between three locations in the Bay Area before a permanent state capital was established in Sacramento. A major earthquake leveled the city of San Francisco and environs in 1906, but the region quickly rebuilt in time to host the 1915 Panama-Pacific Exposition. During World War II, the Bay Area played a major role in America's war effort in the Asiatic-Pacific Theater, with San Francisco's Fort Mason acting as a primary embarkation point for American forces. In 1945, the United Nations Charter was signed in San Francisco, establishing the United Nations, and in 1951, the Treaty of San Francisco officially ended the U.S.'s war with Japan. Since then, the Bay Area has experienced numerous political, cultural and artistic movements, developing unique local genres in music and art and establishing itself as a hotbed of progressive politics. Economically, the post-war Bay Area saw huge growth in the financial and technology industries, creating a vibrant and diverse economy with a gross domestic product of over $700 billion, and home to the second highest concentration of Fortune 500 companies in the United States.