Quality of life in San Juan

San Juan, Puerto Rico, is characterized by reasonably priced housing. This urban area is consistently ahead in leisure & culture.

5
91/266
Details
Sign up to get a free city match score based on your personal preferences
</> EmbedFeedback
Sign up for a free Teleport account to personalize city data.Budget your housing and living costs, salaries and jobs.
Get started

Costs of living in San Juan are in the 117th place of all 248 Teleport cities. Sign up for free to get access to our cost of living index and use our international  cost of living calculator to do cost comparison by city.

Software Engineer salaries in San Juan are above average. For this job type, San Juan ranks 92nd for salaries among 265 cities. Get access to our salary comparison calculator by signing up. Compare salaries city by city with our free salary wizard and convert your own salary to a local salary in San Juan.

What could San Juan do better?#improveSanJuan

How could San Juan improve to make it a more liveable city? We will make sure that the local government will know about the suggestions that reach enough votes*.
*Suggestions will be delivered to: Mayor of San Juan - Carmen Yulín Cruz
Popular|Latest
Status
You can be the first! 😊  Tell us something that can be improved about your city.

Is San Juan a great place to live? What makes it special for you? What makes it liveable? What should others know about? Why should they move here? Why do you love it?
Popular|Latest
Status
You can be the first! 😊  Tell us something nice about your city.
Feedback

The overall crime rate puts San Juan in position 256 of 266 Teleport Cities in a ranking for the safest cities.

Explore the streets of San Juan

Find on Facebook
Find out which of your friends are living in San Juan. Nothing is better than knowing a local 😉
Feedback

Teleport users who are      San Juan 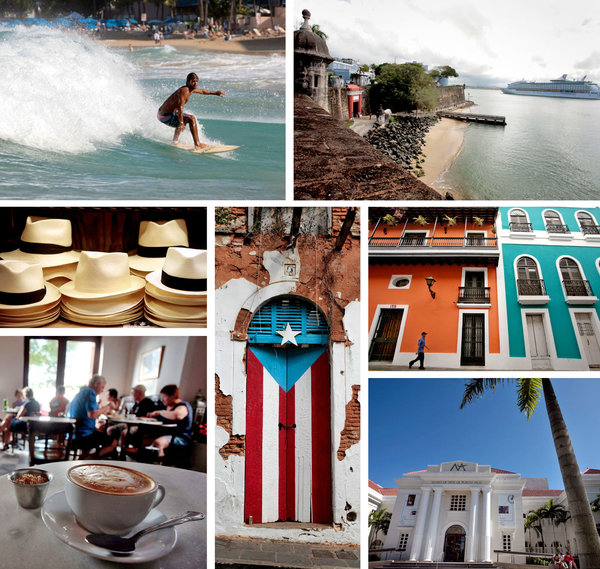 In this pastel-hued capital city, you can sample cocktails and culture, shopping and surf, all in a single weekend.

On living in San Juan

San Juan is the capital of Puerto Rico, and at about 395,000 its largest city. It has one of the best harbors in the Caribbean. The city celebrated its 5th century in 2008 from the founding of Caparra. (In 2021, it will be 500 years since the Caparra settlement was moved to Puerto Rico isle (Old San Juan)

San Juan is the oldest city under the United States dominion. San Juan is in the north-east of Puerto Rico, and features distinctly century-old architecture, such as Spanish military forts built from the 1540s to 1800s, an active harbor, and a very active economic area in the Hato Rey district. San Juan has magnificent beaches, hotels, plazas, historic sites, museums, etc.

San Juan has a land area of about 76 square miles. The city's population is approximately 395,000.