Quality of life in Sofia

Sofia, Bulgaria, is characterized by reasonably priced housing. According to our city rankings, this is a good place to live with high ratings in cost of living, safety and taxation.

Sofia is one of the top ten city matches for 2.6% of Teleport users.

4
184/266
Details
Sign up to get a free city match score based on your personal preferences
</> EmbedFeedback
Sign up for a free Teleport account to personalize city data.Budget your housing and living costs, salaries and jobs.
Get started

Costs of living in Sofia are in the least expensive 20 percent of all 248 Teleport cities. Average living expenses are significantly lower compared to other cities, especially in the housing market. Moving to Sofia will very likely decrease your daily costs of living. Sign up for free to get access to our cost of living index and use our international  cost of living calculator to do cost comparison by city.

Software Engineer salaries in Sofia are low. For this job type, Sofia ranks 229th for salaries among 265 cities. Get access to our salary comparison calculator by signing up. Compare salaries city by city with our free salary wizard and convert your own salary to a local salary in Sofia.

Do locals recommend living in Sofia?

What could Sofia do better?#improveSofia

How could Sofia improve to make it a more liveable city? We will make sure that the local government will know about the suggestions that reach enough votes*.
*Suggestions will be delivered to: Mayor of Sofia - Yordanka Fandakova
Popular|Latest
Status
You can be the first! 😊  Tell us something that can be improved about your city.

What makes Sofia a special place?#praiseSofia

Is Sofia a great place to live? What makes it special for you? What makes it liveable? What should others know about? Why should they move here? Why do you love it?
Popular|Latest
Status
You can be the first! 😊  Tell us something nice about your city.
Feedback

The overall crime rate puts Sofia in position 159 of 266 Teleport Cities in a ranking for the safest cities.

Required with citizenship of
Get more information about visas in Sofia here
Feedback
Sign up for a free Teleport account to personalize city data.Budget your housing and living costs, salaries and jobs.
Get started

Explore the streets of Sofia

Find on Facebook
Find out which of your friends are living in Sofia. Nothing is better than knowing a local 😉
Feedback

Teleport users who are      Sofia 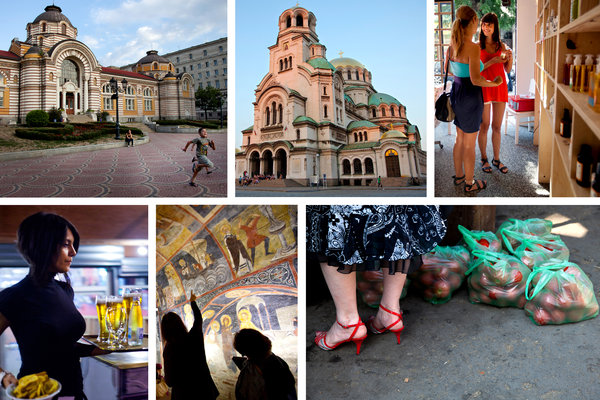 This capital city, marbled by a complex past, is looking to the future, targeting the title of European Capital of Culture 2019.

On living in Sofia

Sofia (София) is the capital of Bulgaria. It is also the biggest city in the country with about 1.4 million citizens (including suburbs). Today, Sofia is a dynamic European capital, distinguished by its unique combination of European and Communist-style architecture as well as many beautiful Orthodox churches. Furthermore, it claims to be one of the few European capitals with beautiful scenery and a developed ski-resort so close to it - the Vitosha mountain.

Sofia was founded around 2,500 years ago. Over the centuries, it has been given several names — Serdika, Sredets and the remains of the old cities can still be viewed today.

Near Sofia lies Boyana church, which is one of the most valuable memorials of Bulgarian and European culture. The church has frescoes, acclaimed by specialists as the best examples of eastern medieval art from the 13th century AD.