Quality of life in Vienna

Vienna is a truly imperial city filled with palaces, gardens and historical sites. Its wealth and power contributed greatly to the arts and development of classical music. It is also known as one of the great cafe cities of the world with a coffee-house culture dating back to the 17th century. The Viennese take coffee seriously—if you do, too, this might be your city.

Vienna is one of the top ten city matches for 25.7% of Teleport users.

5
95/266
Details
Sign up to get a free city match score based on your personal preferences
</> EmbedFeedback
Sign up for a free Teleport account to personalize city data.Budget your housing and living costs, salaries and jobs.
Get started

Costs of living in Vienna are in the 174th place of all 248 Teleport cities. Sign up for free to get access to our cost of living index and use our international  cost of living calculator to do cost comparison by city.

Software Engineer salaries in Vienna are below average. For this job type, Vienna ranks 136th for salaries among 265 cities. Get access to our salary comparison calculator by signing up. Compare salaries city by city with our free salary wizard and convert your own salary to a local salary in Vienna.

Do locals recommend living in Vienna?

What could Vienna do better?#improveVienna

How could Vienna improve to make it a more liveable city? We will make sure that the local government will know about the suggestions that reach enough votes*.
*Suggestions will be delivered to: Mayor of Vienna - Michael Häupl
Popular|Latest
Status
You can be the first! 😊  Tell us something that can be improved about your city.

What makes Vienna a special place?#praiseVienna

Is Vienna a great place to live? What makes it special for you? What makes it liveable? What should others know about? Why should they move here? Why do you love it?
Popular|Latest
Status
You can be the first! 😊  Tell us something nice about your city.
Feedback

The overall crime rate puts Vienna in position 31 of 266 Teleport Cities in a ranking for the safest cities.

Required with citizenship of
Get more information about visas in Vienna here
Feedback
Sign up for a free Teleport account to personalize city data.Budget your housing and living costs, salaries and jobs.
Get started

Explore the streets of Vienna

Find on Facebook
Find out which of your friends are living in Vienna. Nothing is better than knowing a local 😉
Feedback

Teleport users who are      Vienna 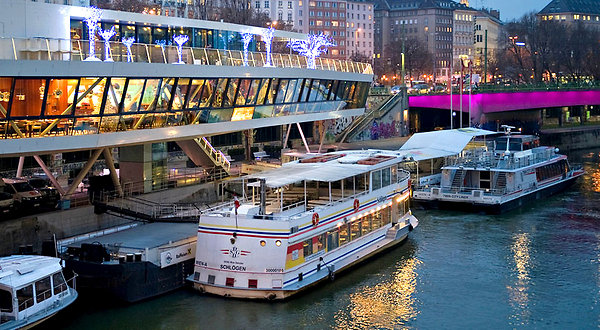 Dazzling hotels are opening, the gasthaus is being reinvented and the city is celebrating the 150th anniversary of Gustav Klimt, with exhibitions in 10 museums.

On living in Vienna

Vienna (German: Wien; Austro-Bavarian: Wean) is the capital of the Republic of Austria and by far its most populous city, with an urban population of 1.7 million and a metropolitan population of 2.4 million. It is by far the largest city in Austria and the country's artistic, cultural, economic and political centre. It is known for its high living standards, relaxed yet elegant lifestyle and rich musical life.

The thing about Vienna is that it not only is a large city, but that it has always been – as the former home of the Habsburg court and its various empires, it has always housed a large population and enjoyed a privileged position, being home to many artists, especially composers including Beethoven, Haydn, Liszt, Mozart, Schubert and Johann Strauss II. It was long the largest German-speaking city in the world before being surpassed by Berlin. The large historic city centre of Vienna filled with monuments to its imperial past is inscribed on the UNESCO World Heritage List.

Vienna is broadly divided in inner (1–9) and outer districts (10–23). The 23 districts or wards each have a name and a number. They vary immensely in size and each has its own flair. These function subordinately to the city as decentralized administrative branches of the commune, as well as making local decisions.